I go to the US open every year. It’s the one New York sporting event I have attended religiously since I first moved to New York City 21 years ago. I played competitively in high school.

So, as is tradition, I bought my tickets to the Women’s finals match for Sept 9th. I secretly hoped to see Serena play. Since she and her sister came onto the tennis scene, they have injected a wonderful new energy into women’s tennis. Men’s finals were always the most anticipated event and the women’s matches were a ‘coda.’  Prompted by a conversation happening behind me at last year’s match, I read Richard Williams’ book Black and White: The Way I See It.   (Serena was playing on the main court, of course.) The guys behind me were in awe of the fact that her father wrote a manifesto about the athletes—no the warriors— he was going to nurture and create someday. This was written even before Serena and Venus were born. Once they were born, he moved his girls from the sleepy suburbs of Long Beach, California, to the drug-addled tennis courts of Compton. Why? Because he was building warriors. Not princesses. What must it be like to be Serena?

Fast forward to this past Saturday. Just as we were heading into Arthur Ashe Stadium, my friends and I got into a conversation about the headwinds Serena upon returning to tennis post child-birth.  For the 13 months that she was away from the game, her ranking slid from No. 1 in the world to No. 454.  French Open officials faced criticism for not seeding her, even though she won the tournament three times already.  She made it to the fourth round anyway. Hours before she was due to face off with Maria Sharapova, she was forced to withdraw because of an injury. The US Open decided, starting this year, that it will no longer penalize players for pregnancy-related breaks. 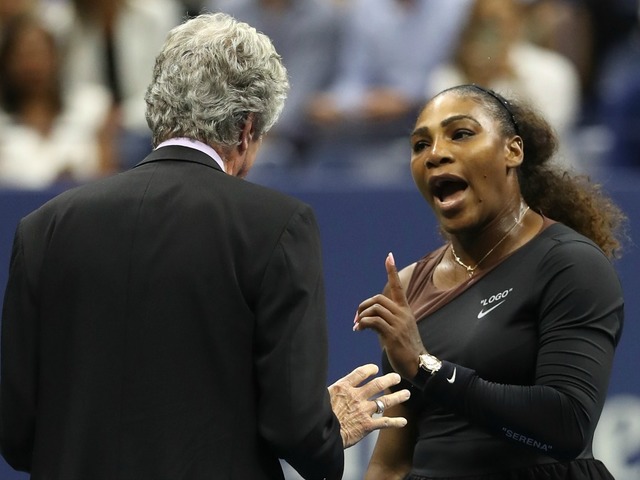 Yes, I saw Serena break her racket on Saturday at the US Open women’s finals. Yes I heard about the code violation. Yes, I saw her in a heated debate with the umpire, gesticulating wildly in protest. Yes I heard about the second code violation, and the awarding of an entire game to her opponent Naomi.  It seemed extreme. The game was on a downward spiral afterwards. It was as if the air had been taken out of a balloon.

As I posted photos on Facebook, folks from my hometown and friends asked me what it must have been like to be at the match on Saturday.

I thought about what it must be like to be Serena. To live her life in the public eye. To have a father who was once her coach.  To not get seeded at the French Open because she gave birth to a child. To face criticism for cheating.

So my take on that moment, when she was locked in debate with the umpire, was that it was a watershed moment. The pot had boiled over.  Every allegation, every criticism, every injury that has happened since her return to the game, came to a head.

I can’t imagine what it must be like to be Serena.

Want to join the discussion?
Feel free to contribute!

What happens when you push outside your comfort zone